COVIDISTAN 4
This Page was added November 20, 2020 on the first anniversary of the US/China collaborative agenda to finally dump the long planned Covid19 crime on the entire World. This page originally intended to be titled "God Is Everywhere" as a final page on the world's religions claiming to represent an almighty God with no proof of his/her/its existence whatsoever, instead covers the issue on the Gods among us whose criminal activities against not only humans but all of Life on this Planet, know no boundaries, their unscrupulous will inflicted on the population through the imposition of fear and psychological mass indoctrination, forced flawed laws, commercial corporations and public media prescribed conditioning.
PLEASE NOTE: This page contains several videos and articles added at various intervals to October 5, 2021. Please see all 8 Covidistan pages. There are links to the next or previous page at the bottom of each page. 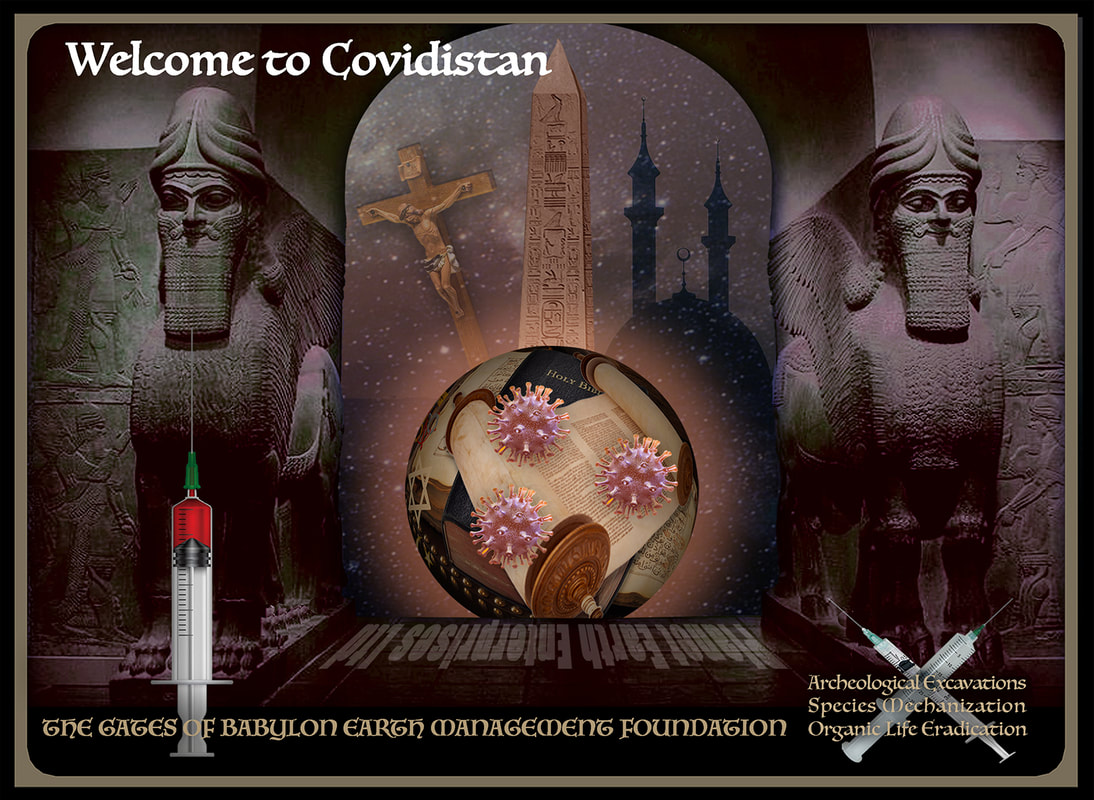 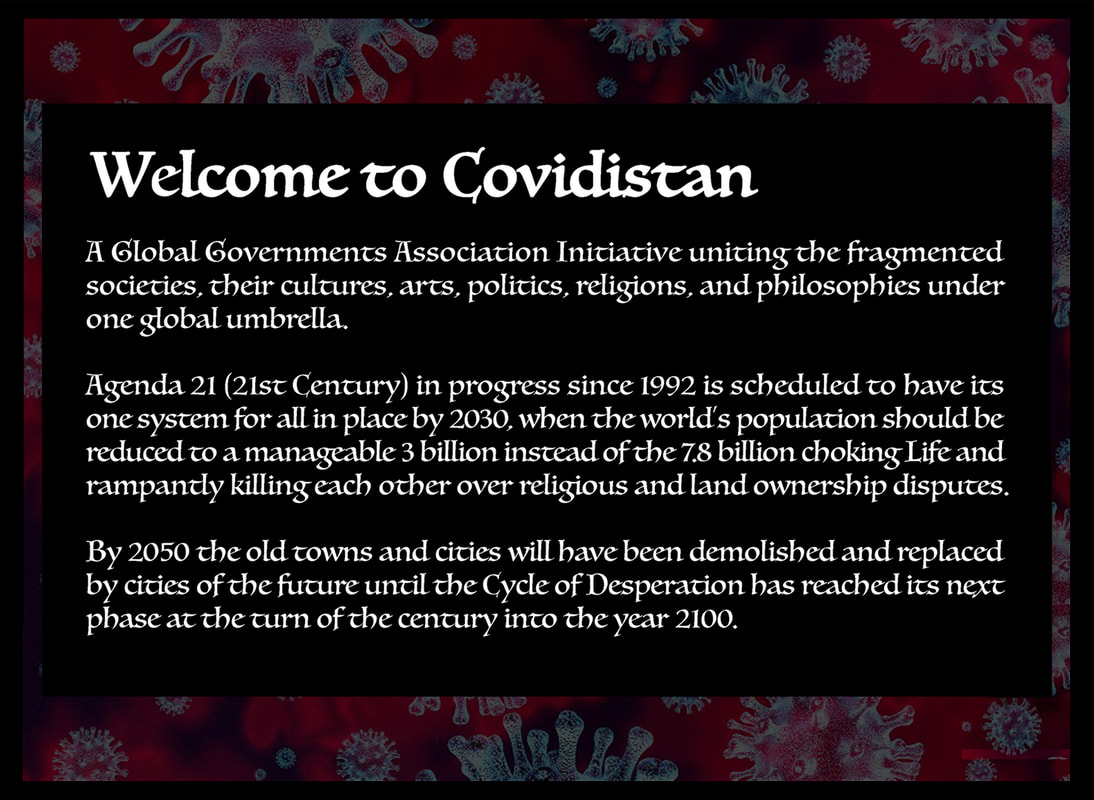 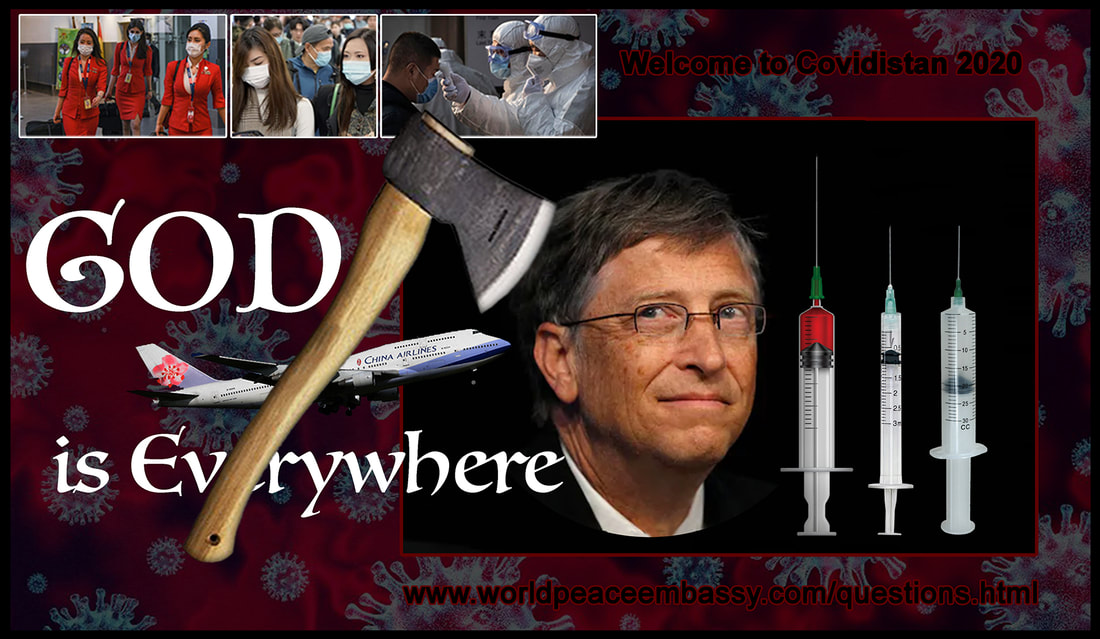 ⬇︎ Download Your Future ⬇︎
August 19, 2021
History of Corporate Pandemics Investment 1967 - 2021
5 hours 21 minutes Essential Viewing Video - added August 18/2021
NOTE: This video may be too long for some people to watch. It is also slow to take off and cuts out a few times while loading continues. Don't be deterred, you can always watch it in segments over a few days. There are a few minor details you may find controversial but please take it as a perspective of the overall picture clearly demonstrated throughout the video. Also, put any skepticism aside and make your assessment on the contents of clearly displayed truth, irrespective of whether you think this is part of the fear mongering agenda. Remember that the criminal establishment plays both sides of the game by way of psychology on one hand, reverse psychology on the other. It doesn't matter where the truth comes from, even anyone who has never been on the net, can see what is going on, blatantly open for all to see.

I maintain that it is necessary for people to see the ugly truth. Turning a blind eye doesn't make it go away, I have learnt that from 81 years of hindsight and being born at the beginning of 1940 in Amsterdam under the boots of the Nazi regime, the world's most ruthless, satanic, regime ever to walk this Earth, not forgetting the Roman Empire, the Vatican, the British Empire and others, and going back, the Egyptian, Persian and Sumerian establishments in their quests for domination over a society set up for slavery and exploitation of precious minerals for industrial and war arsenal technology development. That regime has never left this Earth - the proof of it all is literally scattered across all of this Planet and reconfirmed by the mountainous garbage dump legacies spreading disease, mental and physical suffering to no end.

Who or what runs the human race? It is clear that this society is ruled by ruthless oppressive entities and it is clear who these entities are. Are they people? Yes. If they are don't they have a conscience? No. But if they do, it has been disabled by those forces in control. Even well aspiring politicians with the best of intentions are debriefed (desensitized) when climbing up into the higher levels of government, the same goes for people of all walks of life climbing up in their workplace ranks, and soldiers who are brainwashed from day one as recruits still wet behind the ears - only to serve as deadly chemicals inducement guinea pigs in both military created warfare situations and disguised "peace time" exercises - such as small town populations as simulated fear inducement and combat experiment objects.

The crimes against humanity began at the dawn of the first ruling "establishment" in ancient Sumeria. Several pages in this site deal with this subject. The criminal ruling class today is none other but the indoctrinated continuum of the rulers put in charge back then, 6,000 or more years ago, information on the exact timeline is blurred, as are the so called "religious scriptures" copied from one and other and distorted over and over since those ancient Sumerian/Persian/Assyrian times, the epitome of exponential self perpetuating, self imposed lies that have grown to all this divided society has known then and all it knows now, in the face of self destruction.

The great divide today has manifested in a people against people war, just as the manipulating orchestrators want it and as they have always wanted. People say it's money, greed, the lust for power, what else, add to that anything you like but behind it all there lies something far more sinister than our imagination allows us to see. Yes, all history, all those movies, all those fairy tales and all those war-prep gadget games put together have neatly documented everything in its deceptive de-scription. The big picture however unfolds in the linear vision from today all the way back to the first ever rock chiseled and clay pressed words and illustrations, further back from there on we can only trust our own individual reasoning, based on the obvious.

The breakdown of society lies not in differences of opinions, but in the antagonism created by forces that keep us deliberately divided and killing each other. As soon as this entire global society wakes up to the lies that enslave us to wage warfare on each other, we could consider coming to a consensus that having the greatest war arsenal stockpile, technology and military forces at our disposal in the Universe could serve us as both a deterrent from intrusive and enslavement forces from where-ever, and the means to regenerate and replenish our survival kit e.g. Planet Earth on an educated foundation.

I am a guitarist/teacher/composer of multicultural music. Not a paid politician to be part of the forces of human, animal and ecosystem destruction. As every other human on this Planet, I am caught up in this unprecedented, unforgivable, unjustifiable mess, and I grew up much of my 81 years contributing to the evil that runs this world, subconsciously, unaware, truth and reality wise uneducated and finally though slowly, self educated. I have given it my best from 2010 through the 55 pages of this web site. There is nothing I can do to change the world, it's a long, long evolutionary process costing millions of lives with no chance to fulfill their given potential. There is nothing more to say for me. Bob Oort, August 19/2021
⬇︎ Posted August 20, 2021, 1am
November 20, 2021 - The World Peace Embassy site was created for Peace, Justice and Sanity. The videos ⬇︎ among many many more throughout this web site is testimony to the need for a better world.
October 5, 2021
NOTE: Dr Judy Mikovits was the first to warn the world of the crime that Fauci and his cronies were unleashing on the world. To learn more go back to Covidistan and follow the pages through to 20 years 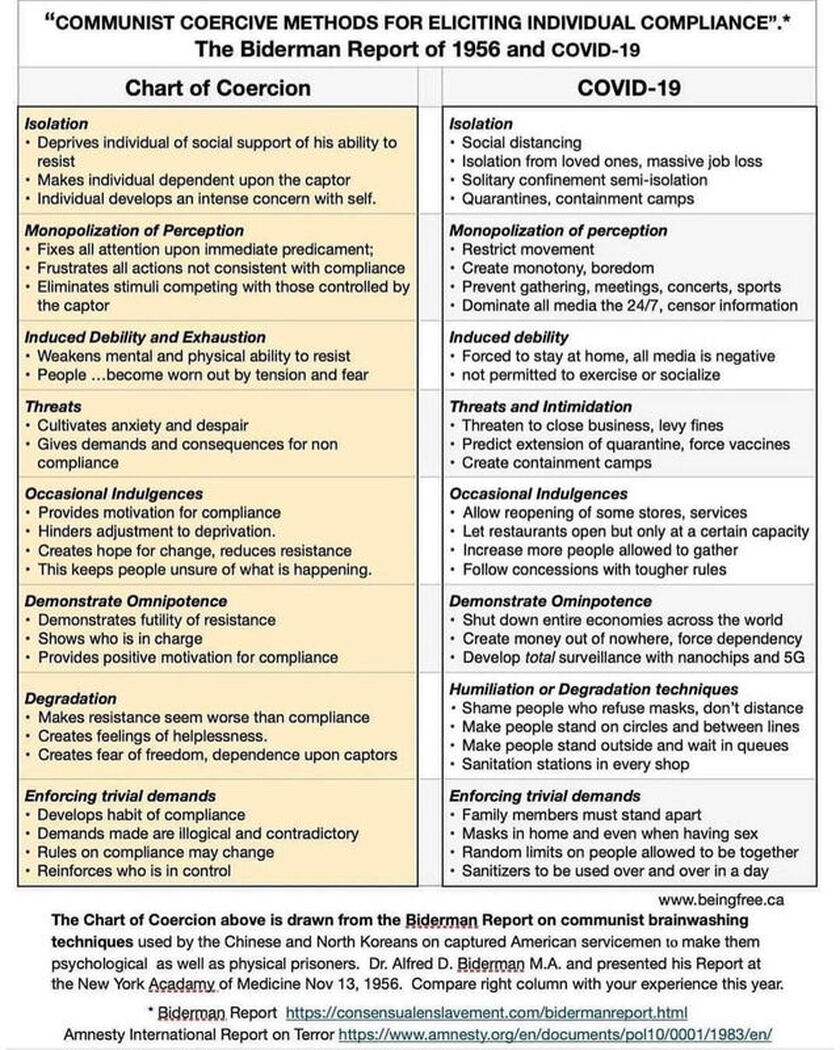 Why It’s Hard To Go Against The Grain:
"I am delusional and gripped by mass hysteria".
This is a sentence no-one is likely to think about themselves; madness resides in others and not ourselves. As humans we have a terrifying capacity to justify ourselves and dig in deeper when our beliefs are questioned. What are the factors behind this that compel us to follow others and are there consequences to our health if we stand out from the crowd?

Political Psychology - Imposed on the world population today 2021:
"The purpose of communist propaganda was not to persuade or convince, not to inform, but to humiliate; and therefore, the less it corresponded to reality the better. When people are forced to remain silent when they are being told the most obvious lies, or even worse when they are forced to repeat the lies themselves, they lose once and for all their sense of probity. To assent to obvious lies is in some small way to become evil oneself." - Theodore Dalrymple
November 20, 2020 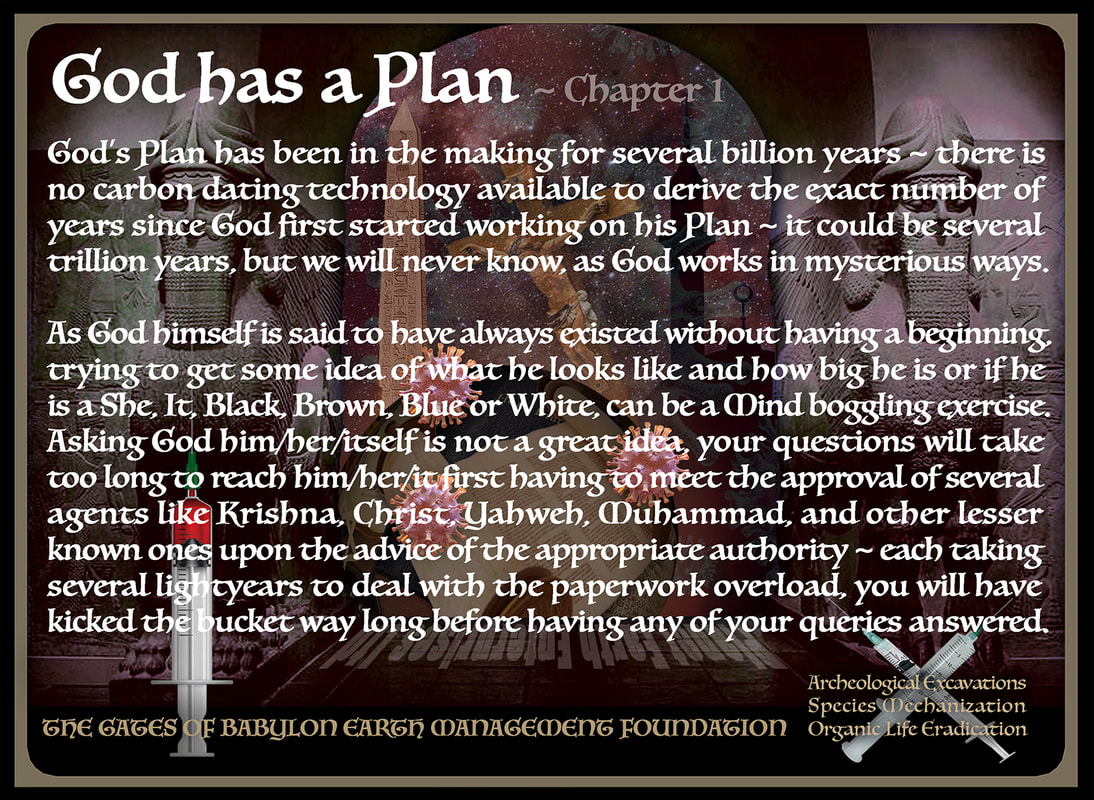 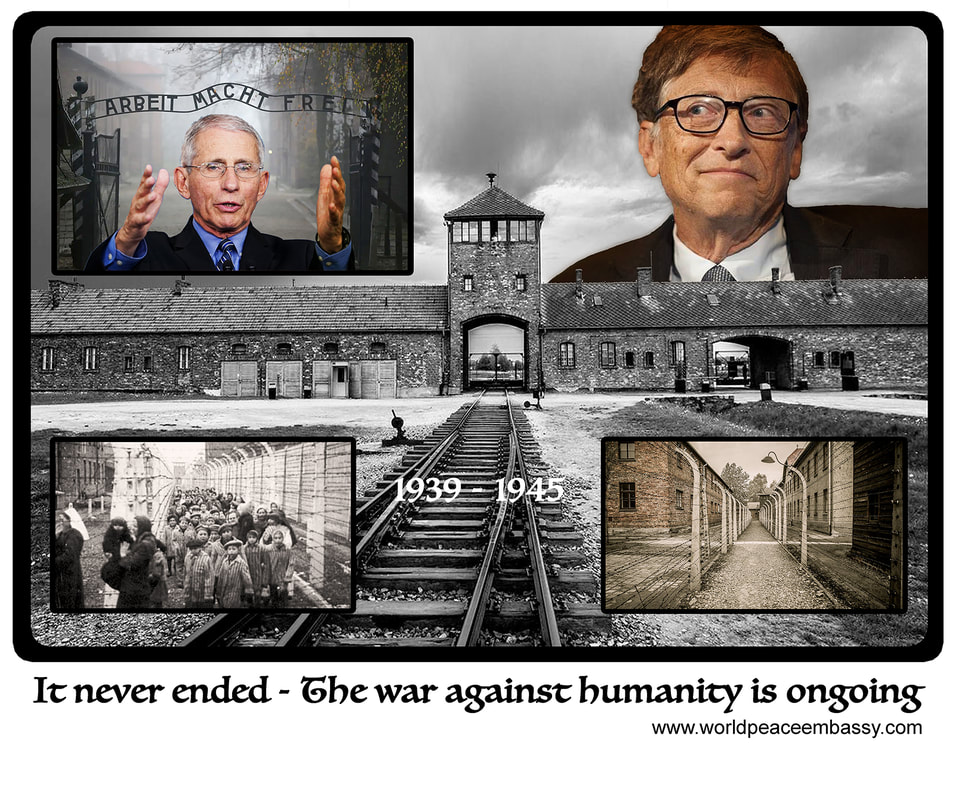 We need to acknowledge that the Covid-19 pandemic has been a deliberate fear campaign from day one, its roots planted since the start of civilization. WWI, WWII and all other wars have been and continue to be part and parcel of the same age old pursuit to keep the slavery machine operational.  The best thing we can do right now is to go back to the land of the living and let the elite, the politicians, the criminal corporate high flyers and their financiers swallow their own prescriptions. Bob Oort, Site editor 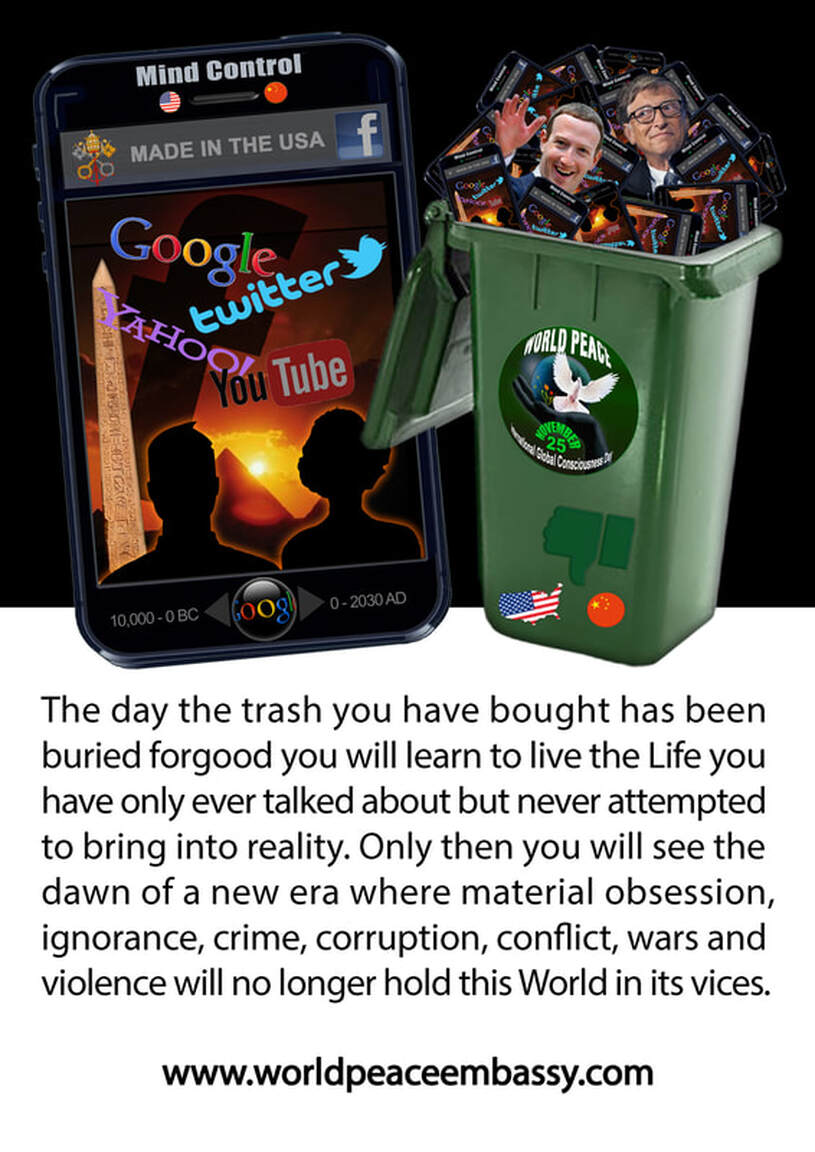