RELIGION
the plan for humanity 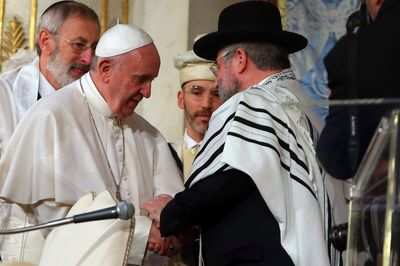 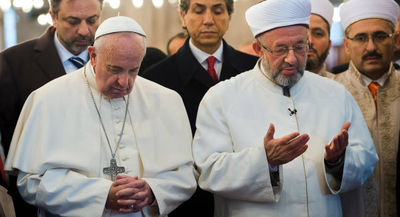 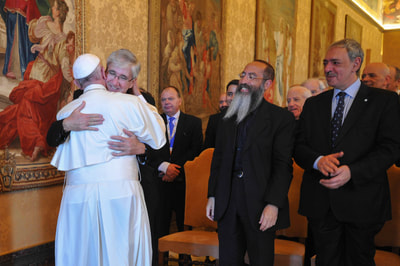 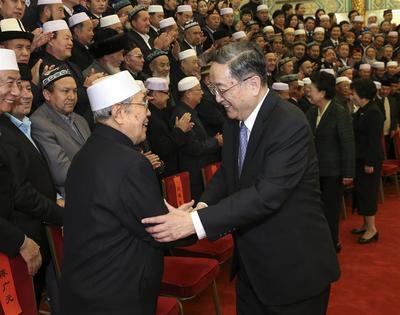 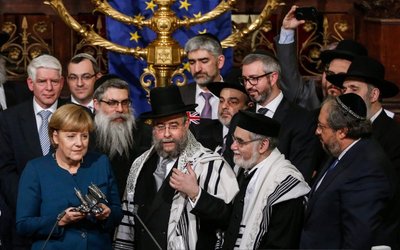 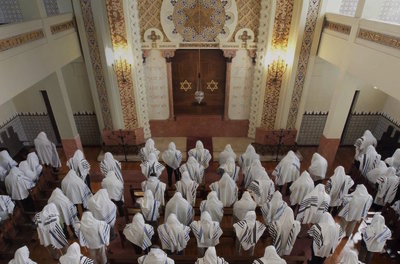 No one needs these fake characters
Scary stuff: Clowns making decisions for the world's population - Click images for enlarged views
THE SHORT HISTORY OF RELIGION
VIDEO 1 BELOW ⬇︎ - DIALOGUE WITHIN THE FIRST 2 MINUTES:
Historian: "Was Nazareth really like this?". Biblical scholar: "I don't even think it could be reproduced no matter what you did. Think about the crowdedness, the smell, the cacophony of sound, the animals rocking around the dung in the streets". Historian: "I think it would have stunk" - Biblical scholar: "It would have to".

KEEPING THE ABOVE IN MIND
this is a well done documentary providing some insight in the daily life in Nazareth, Israel, both as it was in "Biblical Times" whatever that means, and today, in the 21st Century AD. And so, the world keeps on turning around the "Promised Land" for all who aim to credit Abraham, and/or Moses, for their rights, others who credit Muhammad for their rights to it, others who claimed it as part of their New World Order conquest all since long past 2000 years ago and others yet again not so long ago who have taken it as their judiciary right to slice up this volatile place on Earth under Anglo-Saxon-European jurisdiction.

ANS SO, WE CREATED AN ENTIRE INDUSTRY OF MAKING CROSSES
from real life replicas to one inch decorations dangling on walls, Christmas trees, human ears, chests and bracelets, all made from the finite resources growing above ground and holding this Planet together under the chemicals depleted top soil. Perhaps we should take this "resources" exploitation further through all industries that at the end of it are all related and associated with the business of "Making a Living".

RECORDS OF TWO THOUSAND CRUCIFIXIONS TOOK PLACE
according to the biblical scholar. In reality that number can safely be compounded a hundredfold, and, many a "Jesus" suffered that fate, "Jesus" or "Isa" was no less a common name then as Yahya or today's John, Juan, Jan etc, as translated in every language on Earth and many then as now, were preachers. So the Romans hunted for a baby who was going to be named Jesus, but allowed him to do his thing until the ripe old age of approximately 30 and then, after killing a few thousand "dissidents" made this one individual the political scapegoat people had after all, always wanted. People living today, with their bibles, torahs, qur'ans etc, live in a hypnotized state seeing a Middle Eastern world or any other world for that matter of over 2000 years ago through the eyes of the romanticized pictures painted by religious scriptures, scribes, preachers, painters, story tellers and Hollywood movies.

MOST PEOPLE CANNOT EVEN BEGIN TO GRASP THE SIZE OF THE VAST MIDDLE EAST
its vast deserts or its fertile plains, the size of the Roman armies, the Islamic armies, some of the cities at the time, how people really lived over 2000 years ago. But, we do get some idea thanks to videos that at least provide some kind of relativity, and, simultaneously put the business world from then to the present under the microscope as well as the flaws in religions all preaching paradise after death while killing millions of animals every day in the most horrific ways to feed their bellies and to "please" their Gods - not forgetting what people do to each other in their justification for one monstrous act or another.

THIS WORLD IS IN DIRE NEED FOR CHANGE
but that subject is taboo in a world that had its entire life cycles cut out to devour or be devoured, destroy or be destroyed, and either way, there cannot be life without growth, and there cannot be growth without death as a consequence. Raising the question "Why is the human race so barbaric?" may not yield a sufficient answer, for on the whole, this society, all societies included, has never known another way to live but by its own divisive futility. The non existence of the will to change and look at other alternatives coupled with the non existence of capable Life motivated governments makes life on Planet Earth worth living only for believers in illusions and fairytales - unless you're a die hard believer, and example, in the existence of ways and means to turn mission impossible on its head.

The Promised Land over 2000 years ago in the light of the 21st century AD - ⬇︎ Superstition still rules
⬇︎ And the utter stupidity of religion and society on the whole with their contempt for Life in all its forms is neatly documented in this video. And so, the world continues to be a disease manufacturing plant for the relentless brainwashing, physical abuse and environment destruction, and we just can't get enough of it.
For the grand sum of the garbage epidemic choking the Life out of Life see ENVIRONMENT VANDALISM
A QUICK REFERENCE TO THE WHY OF THIS PAGE
RELIGION > POLITICS > WARS > INDUSTRY > CHARITIES
What goes around comes around
Gold, red velvet and clowns outfits worth $$$ billions for sick old men, wars, starvation,
refugee camps, slavery and orphanages for children? How much more sick can this world get???
No country on Earth is exempt from religious harassment
Slide show - Click Pause ⬇︎ to read extended text
⬇︎ Re-constructed bloody history of Catholocism
The infinite debate courtesy of religion - The World is better off without religion
World Peace Profile Pictures for a UNITED VOICE FOR PEACE - Posted consistently 3-5 days a week across Facebook since 2011. 10 people have consistently used one of these as their Facebook Profile Picture since 2011. 10 people after 10 years of campaigning for WORLD PEACE, thousands of people have seen the posts on the November 25 Project, work that returns avalanches of no response, negativity, skepticism, religious sermons, political arguments and hypocrisy no end. Meanwhile children, men and women are dying from the wars, slavery factories, the obnoxious industries associated with it all and the politics that run them in the name of corrupt illegal governments, all across the world. But you refuse to acknowledge you are a tool for this evil and you're happy to live under that regime with your eyes closed. World War I and World War II were one and the same war, the ongoing vicious cycle of Religious/Imperial wars for control over the world's population - for slavery. If you are happy to play along despite the oppression and misery of it all, you need to have a good look in a mirror and tell yourself what you see.... it's up to you what you see, no one else.
WHY YOU SHOULD UNITE FOR PEACE - Click Photos for enlarged views 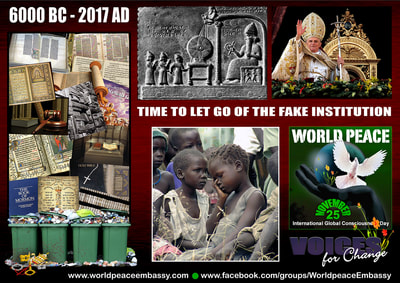 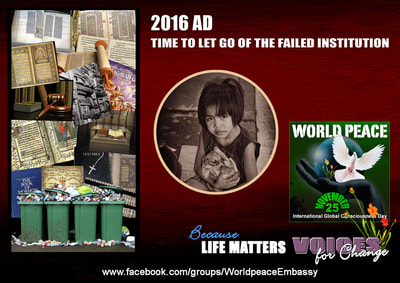 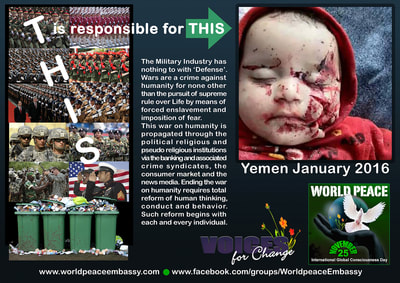 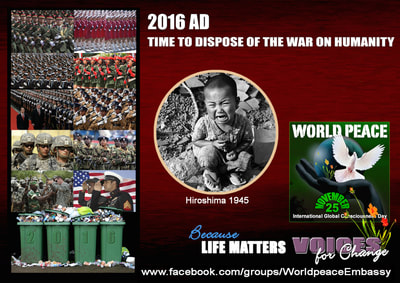 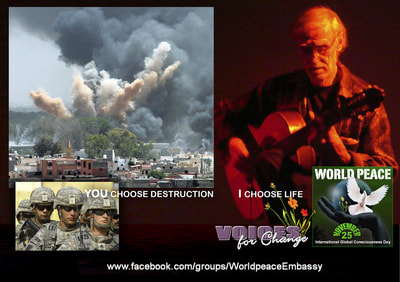 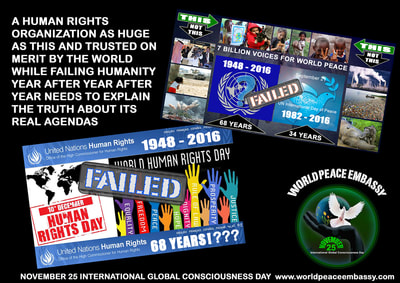 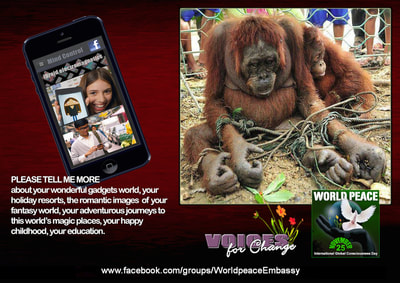 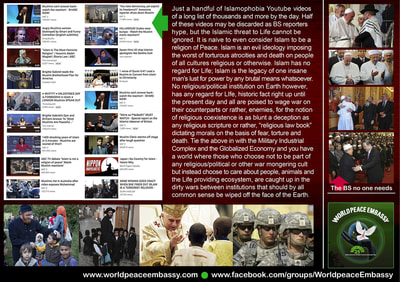 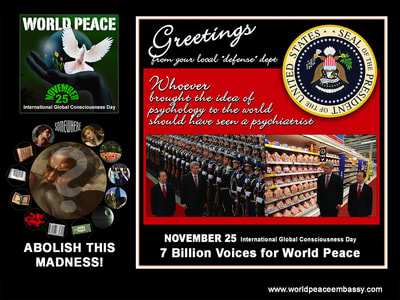 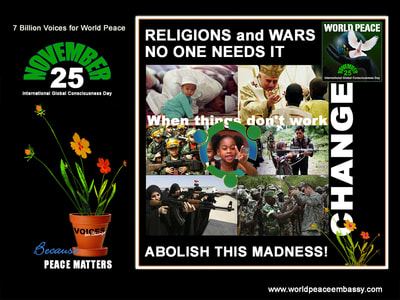 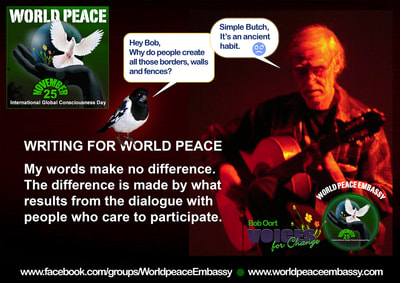 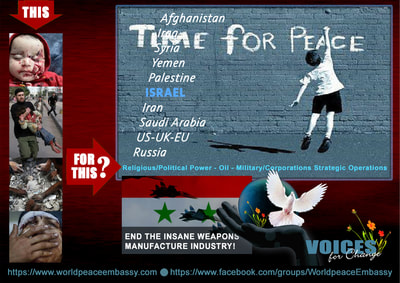