CYBER WARS
Current century cyber wars, mind control, indoctrination, and the rise of the Education Revolution
Some of the 20,000 images designed by site editor to visualize the truth
⬇︎ Video added Feb 1, 2021 - Propaganda no matter where it comes from, fuels war and destruction
⬆︎ Narrator at 37:55 - 38:03 Quote: "Millions of Americans have been infected with the corona virus and hundreds of thousands have died." So we get the sad story, but no mention of how "Hundreds of thousands of Americans died". People die every day - there were 146,118 (146 thousand odd) deaths today, 5,141,066 (5 million odd) worldwide this year from January 1 to February 1 at 21:40 pm AEST February 1, 2021 - and........ all these deaths are Covid-19 related since all other causes of death including war are now non-existent, and there is no Covid-19 vaccines after and/or terminal effects data anywhere.............? Could it be that the desperate power brokers are forcing their agendas on the population? No, they wouldn't wouldn't they? They are after all, people like everyone else..... aren't they?

So you have watched all 59:31 minutes of the stupidity that runs the world on exponential mass production from war arsenal, to ecosystem-people-animals exploitation, people control technology, politics and mass murder whenever some insane retard decides to create another war. You have watched the stupidity of the distorted mindset knowing nothing other than industry and a consumer economy that produces increasingly more commodities and food than the entire world population can consume, both manufactured with the aid of deadly chemicals. And you have witnessed the utter brain damage that has been inflicted on humanity over the course of the traceable history over the millennia.

The inconceivable madness of a society that believes in their own enslavement as a way of life.
Slave labor for........... what?...... the party, the system, the wars, the grave yards, the garbage dumps, nuclear arsenal safe bunkers, an escape route to Mars? The entire combined global system is flawed in plain sight. You don't need 24/7 robot, human or animal jobs manufacturing garbage, you don't need politicians that know none other than manufacturing garbage, you don't need the obnoxious military to use you as canon fodder pawns, you don't need any more intoxicating religious/political poison. But, the time will come when the system goes down hook line and sinker, only, when it does, in it ever so millenniums propagated, indiscriminate fashion, it will take down with it whatever and whoever possible.

But, shall we stop raising the truth and spread the messages of hope? It's not an easy task for a near eight billion population mass to come to terms with its self created and persistently maintained demise, throw out the familiar trash and start anew with a clean slate...... on the principle of concern for all living species and devoted care of our precious life blood e.g. environment, ecosystem, Planet Earth. 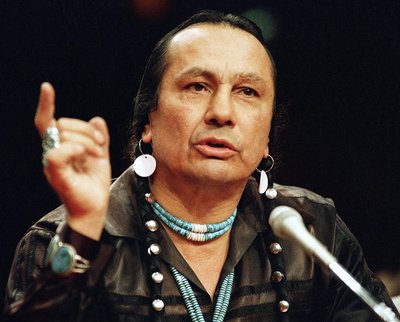 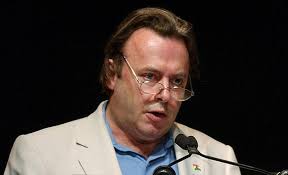 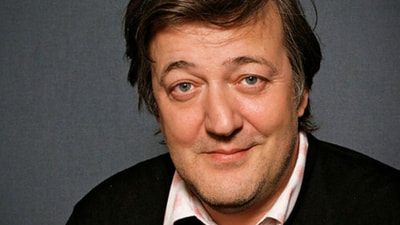 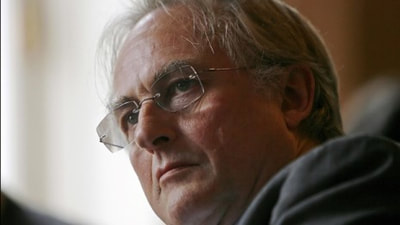 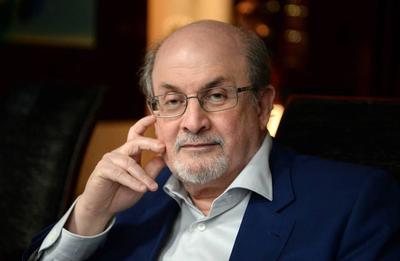 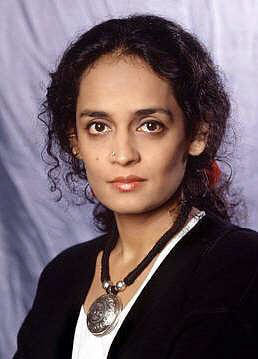 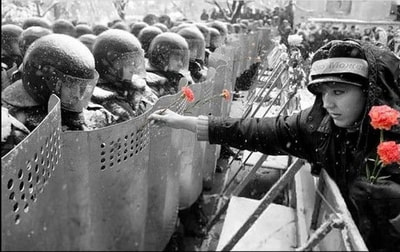 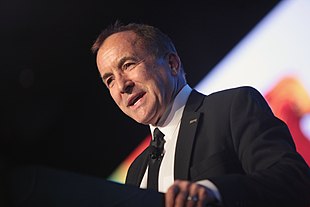 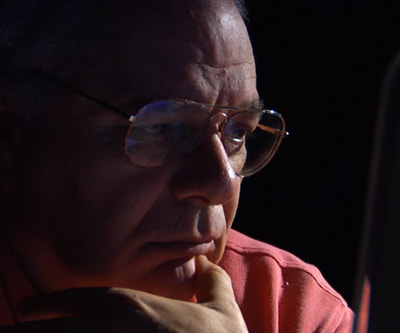 Joseph Atwill
LESSONS IN MIND CONTROL
Links to videos and articles. Discreet reader/viewer validation required.
THE MISSING LINKS and WHY THIS PAGE IS TITLED "CYBER WARS"

Cyberspace carries trillions of IT frequencies transmitted to almost every receiver on Earth - almost, because much of the secrecy surrounding the politics that render this civilization dysfunctional is kept in the fortified vaults of the military industrial complex and its associated religious hierarchies, industries, corporations and $$$ vested interest individuals.

"Your information is safe with us"...........
The average citizen doesn't have a glimmer of a hope to ever understand the complexities of Internet Technology. Most of the over 2 billion Facebook users don't have a clue that this forever changing pseudo free "Faces Book" constantly "upgrades" with "new ideas" to lead people around the eternal roundabout to nowhere.

Technically, Facebook's new features aren't new, most of it is done with technologies that already existed since 1990 and back, but they are slowly fed into the Facebook interface, perhaps because Facebook relies on several thousand overzealous tiny scripts writers pushing their royalties collecting simpleton ideas into the make believe brain of a machine generally known as "The Robot". But that is my personal opinion, I may be wrong, reason it out for yourself.

The point here is not only that the average every day internet addicted citizen plays with gadgets like driving the cars the mechanics of which they don't have a clue - even if they did understand it, they couldn't possibly surf the net, collect all data available and absorb it into their otherwise amazing, complex, capable, functional human brain. Even if all political secrecy was let out of the bag, and quite a lot though not all is, there is no way that any individual can put all pieces of that enormous intrigue puzzle together, leave alone a 6 billion or so cyberspace population divided by it's own bias diversity based on millennia of socio/political lies and deceit.

It's 2018. I reflect on 78 years of life on Earth as I observed it consciously and subconsciously, add the fragments of traceable recorded human-Planet Earth history of say 10,000 years, I am basically left with just two reasoning platforms: 1) a blurred over and over re-told, re-edited 10,000 year old mistifying story of places I have never been and people I have never seen and 2)... Fact.

You cannot blindly accept anything we have been told yesterday nor what you're being told today as truth without seeing the truth for ourselves - that is the short end of the long, infinitely ongoing argument, an argument that MUST BE HELD in order to rid this world of the sheer evil that has dominated Life on Earth since beyond the however blurred but traceable history. Anyone fitted with a conscience, a brain and a conscious Mind however can distinguish fiction from fact.

THE TRUTH MUST BE SEEN FROM THE BIG PICTURE PERSPECTIVE of both past and present in order to move on e.g. move out of the barbaric era and into a new era, one of Peace, Justice, Cooperation and Harmony specifically - COLLECTIVELY, even if that means excluding the minority of die hard war, destruction and ecocide/genocide perpetrators who choose to abstain because they have chained themselves to their position, whatever the reason forget it, there is no justification.

The November 25 Project over its 8 year campaign since 2011 has brough home the FACTS about the socio/political conditioned state of humanity. Over 2 billion Facebook accounts and not a soul willing to even consider communicating leave alone debating the November 25 Principle, because......... the system does not allow communication for a feasible roadmap for World Peace to take place, despite all that has been and continues to be said by all people devoted to this very cause such as those on this page and throughout this web site, people who should be morally and vocally supported world wide, religion, politics, culture, traditions, money market schemes, etc. etc. set aside -  November 25 as the first ever Annual International Public Holiday was the day such United Voice was proposed to eventuate.
Click the "What to do on November 25 Green Poster" images for enlarged views. 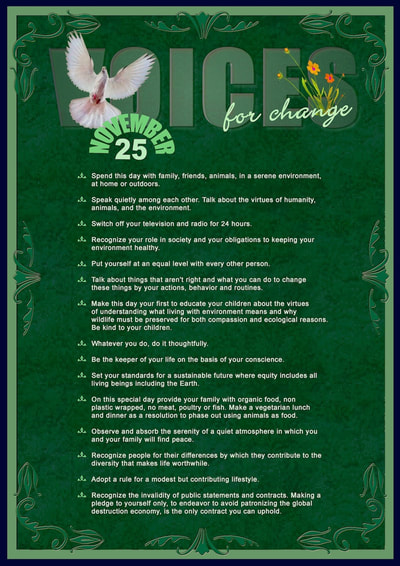 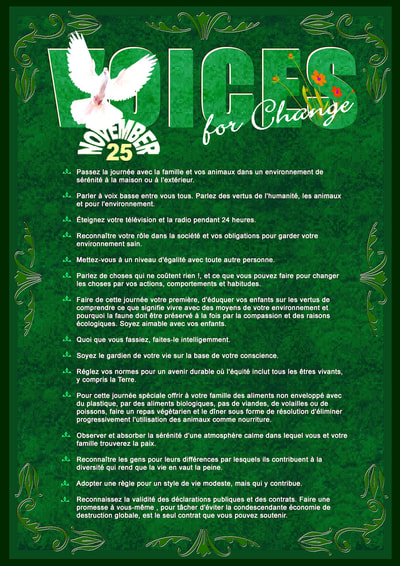 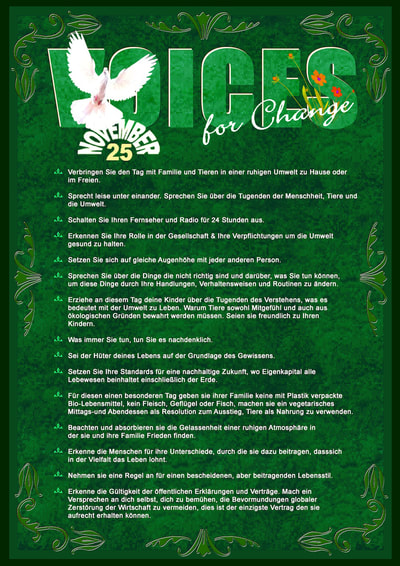 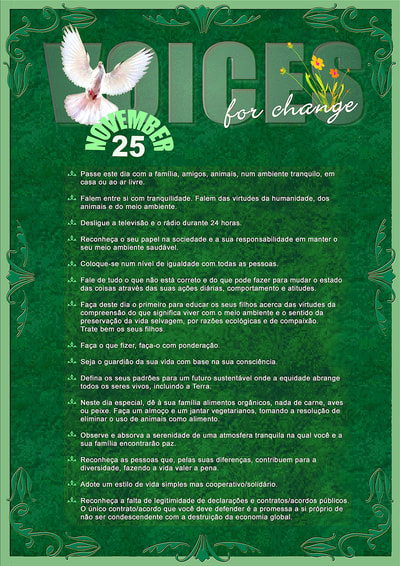 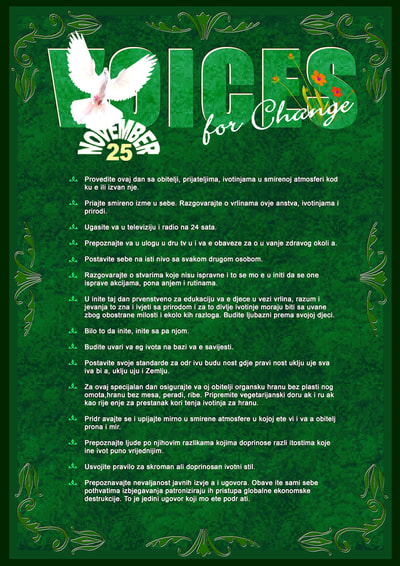 Green Poster Croatian
WORLD PEACE BEFORE ALL ELSE, or WAR FOREVER ONGOING - YOU CHOOSE
The MISSING LINKS to a WORLD PEACE PROCESS rest on the shoulders of each and every global citizen, each and every internet guru and 3 billion Facebook users. Turn the tables, turn "Fakebook" into a UNITED VOICE FOR WORLD PEACE......   ONE PROFILE PICTURE FOR ALL, FOR PEACE
The World Peace Profile Picture free to download, use and share