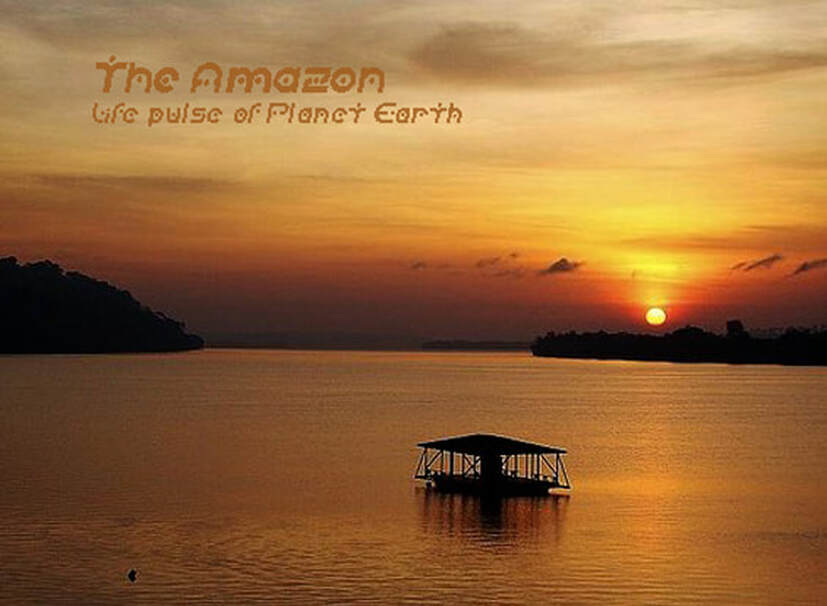 SURVIVAL INTERNATIONAL
Sep 2, 2020 - UN plan to protect 30 percent of the planet by 2030 could displace hundreds of millions

Over 2 million kangaroos killed each year, Australian govt sanctioned and subsidized
Click the photo ⬇︎ to see the KANGAROOS ARE NOT SHOES web site 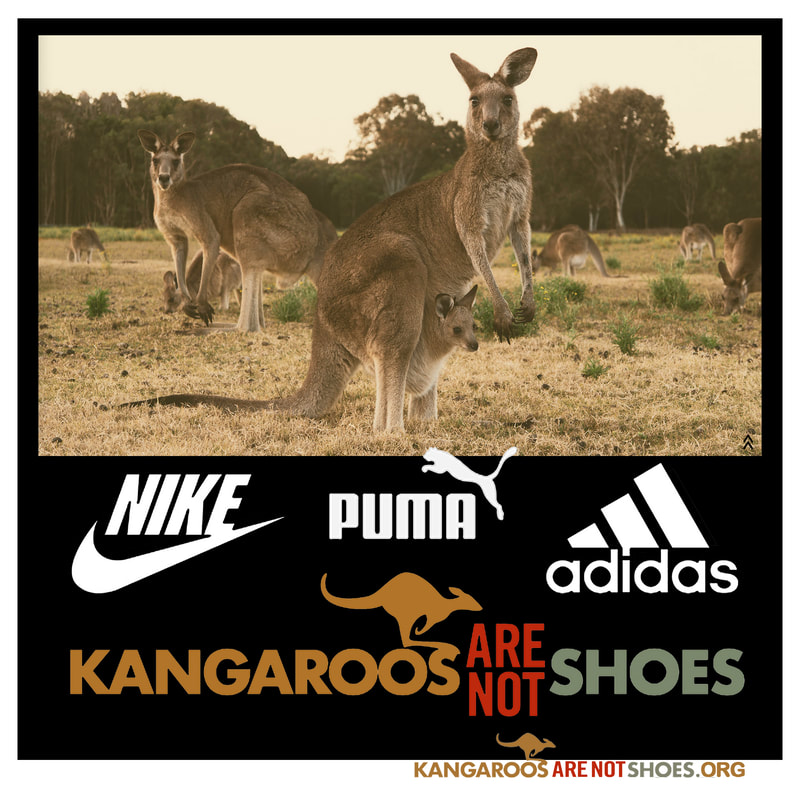 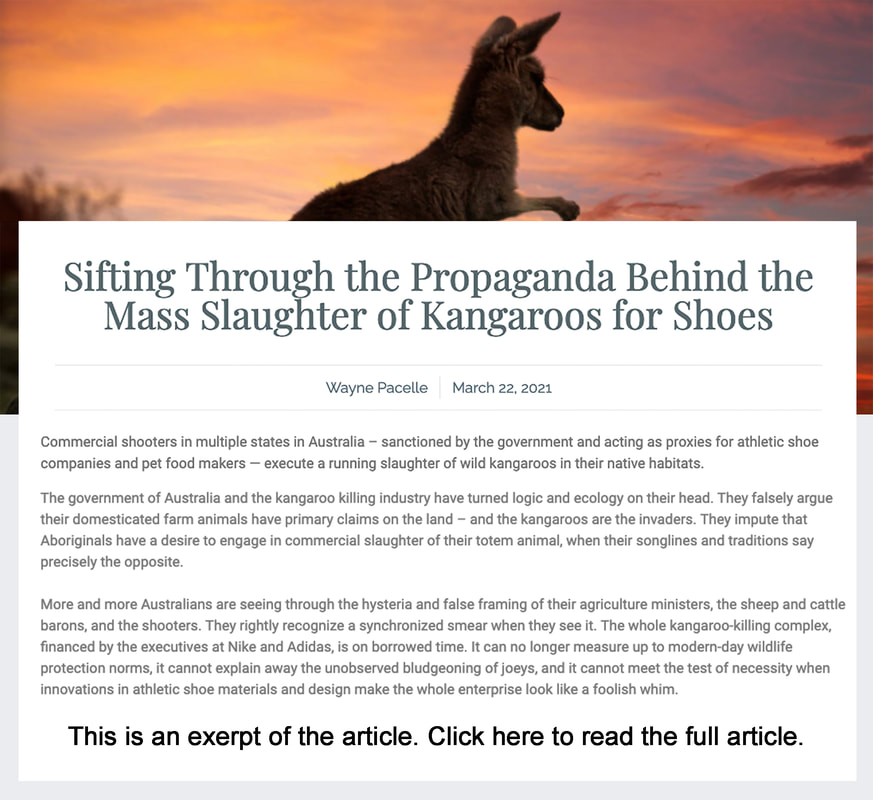 "ECOCIDE" translates: "GENOCIDE"
⬆︎ These videos Dec 2020 added Jan 5, 2021..............
leave nothing to the imagination. The livestock industry is the most barbaric and the greatest ecosystem destructive industry on the face of the Earth. Ancient grand scale Mesopotamian monolithic agriculture has left us a 20th century industry where ethics, principles and morals have been discarded for corporate profits and obsessive greed. The entire agriculture business from farm to machinery manufacture, transport and irrigation is a dead sentence tor Life on Earth.
AGRICULTURE - Animal Exploitation and Abuse - The Barbaric Raise and Kill for Profits Industry 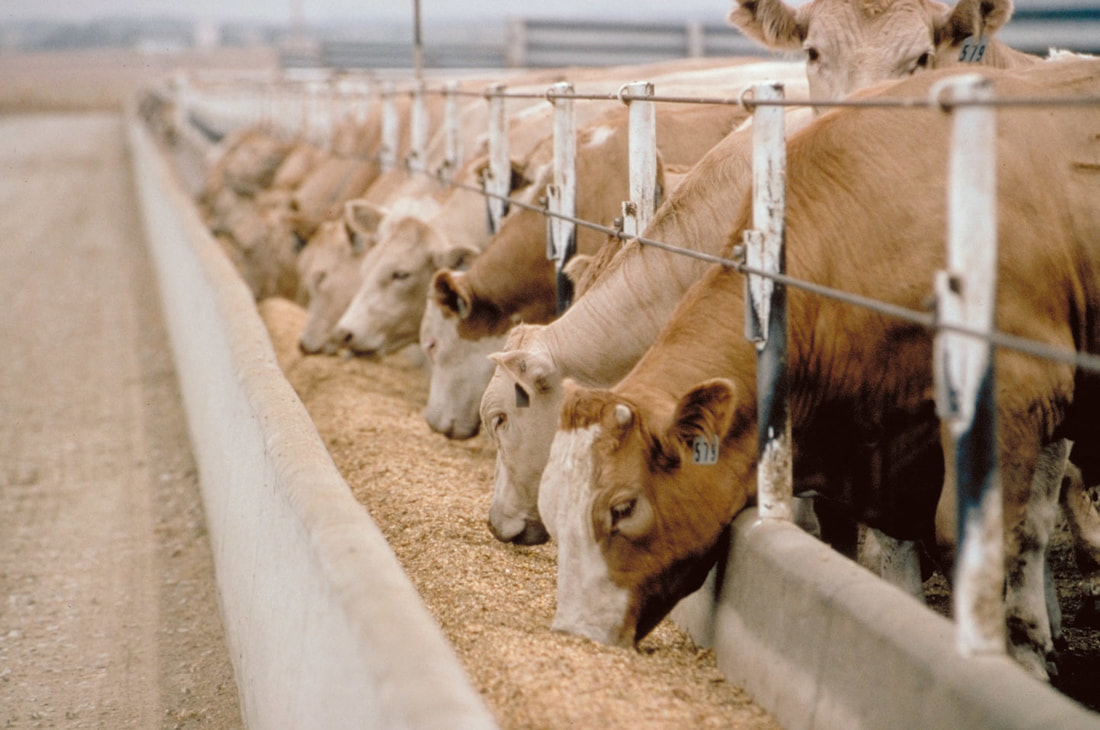 The dysfunctional system to which this civilization is apparently willingly and defensively coherent is in dire need of change but, not until individuals are prepared to make the necessary changes in their thinking and way of life, can it be expected that the fake system is going to change. Religion is the oldest political power trap in the book, the psychology behind it is so blatantly obvious that a child under two years of age can see through it - unlike the adult world which on the whole has become more aggressive in its degrading and uncaring behavior than ever before in history. Time for Change.
DESTROYING THE WORLD'S VITAL ECOSYSTEM

Corporations operating under the guise of the word "Economics", financed by their easy money speculating shareholders and manipulated by those controlling the banking system to merge into fewer and bigger industrial control monopolies continue to push the Earth to ecologic collapse - the results have been demonstrated in the 1914-1918 World War I and again in the 1939-1945 World War II via a series of revolutions created by the same industrial corporations operating today, the difference now is that technology has pushed the mechanization of industry, commercial, political and social life to a height and pace never seen before in the entire traceable history of Earth's civilization. Despite the obvious visible symptoms of social collapse the same as before every other war, the general population continues its consumerism indulgence as if there is no tomorrow.
CORPORATIONS SELLING LIES, SOCIAL, ECONOMIC, HEALTH AND ECOSYSTEM DESTRUCTION

YOU are the consumer
YOU decide who to support or not, what to buy, what not to buy 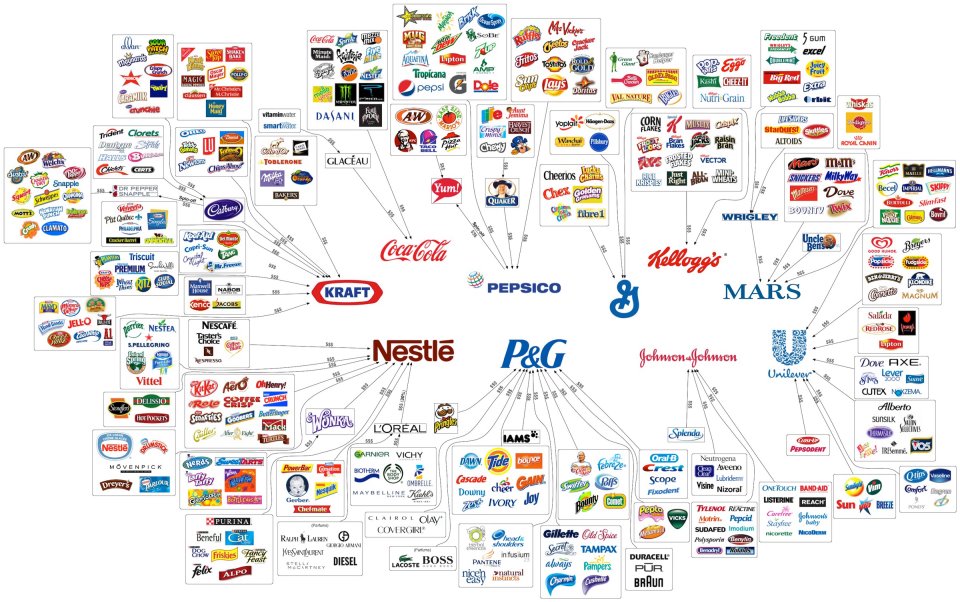 From this ⬆︎⬆︎⬆︎ To this ⬇︎⬇︎⬇︎
Our savage world - the conditioned human problem of living by exploitation and killing
If you have missed it, take a detour and watch the End Of The Road Slide Show

1080 POISON......
Chemical warfare on the World's Ecosystems - Chemical warfare on Wildlife and Humanity
This is NOT "pest control" - This is control over Mineral Resources for Industrial Insanity
Do not be complacent - This is GLOBAL WARFARE on LIFE for a sinister political agenda